IBC 2016: A year of sharp transformations

IBC (the International Broadcasting Convention) came to a close last Tuesday, and b<>com is back with the news. The 2016 edition confirmed the event's essential status, with nearly 56,000 participants and visitors, and over 1800 exhibitors, the gathering of broadcasting professionals in Amsterdam went quite well.

Besides the official topic of transformation, three major trends were clear this year:

HDR: A Key to the Success of 4K

In 2014, the IBC conferences were still the site of heated debate around the coming of 4K. In 2015, questions were raised about the quality of 4K phase 2, and supporters of HFR were again heard loud and clear.  In 2016, the NAB had already helped acknowledge the rise of High Dynamic Range as a distinguishing benefit and a key topic for the adoption of 4K. The many demonstrations of SDR to HDR conversion show how important this issue is. And on this issue, b<>com's real-time solution received excellent comments and prestigious visitors, including Charles Poynton, the famous global expert in colorimetry. b<>com presented this technology at its own stand in the Future Zone, and with Altera at Intel's stand, and at the Harmonic and BBright stands. The market's interest in a solution that will allow the audiovisual industry to transition between current SDR content and "full HDR" content is clear. The many visitors who looked at by the HDR-ready version of the  b<>com *Ultra Marker* watermarking solution showed similar interest. The conversion is done in real time thanks to its implementation on FPGAs. Charles Poynton noted the algorithm's quality. 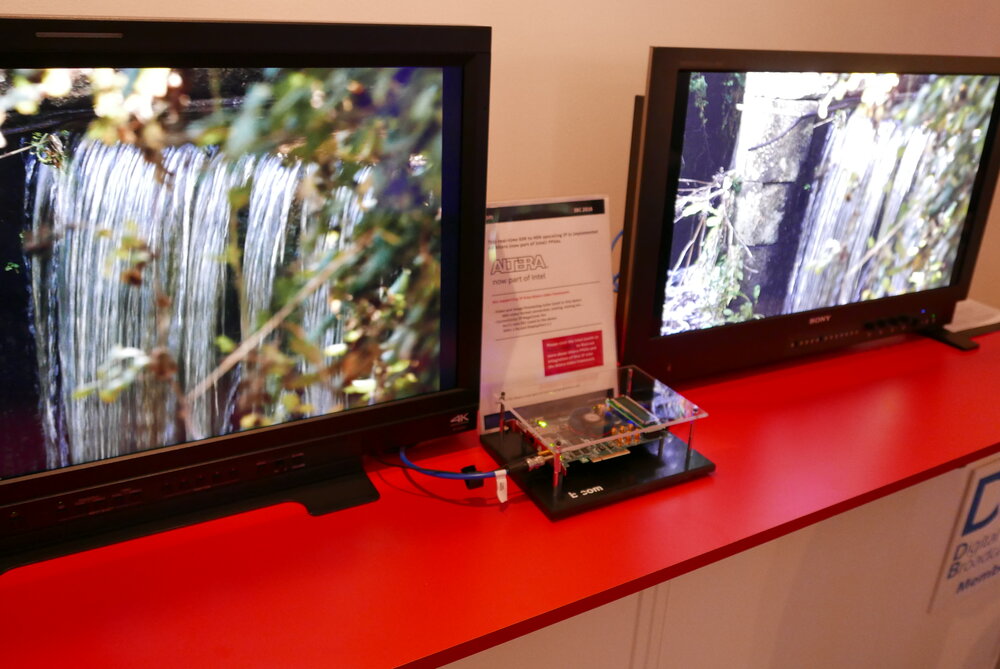 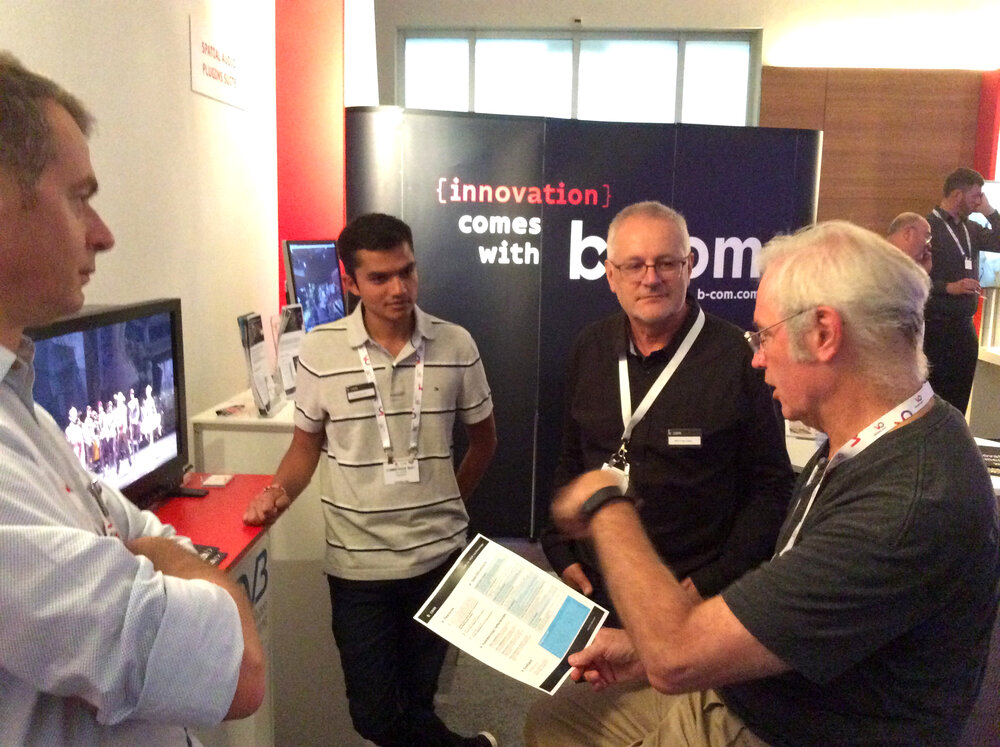 The top subject in the global entertainment industry for the past two years was out in force this year at IBC. The result: Many conferences or workshops dealt with production/post-production challenges, narrative issues, and of course, the inevitable "buzz effect" at stands with demos that were sometimes a little too on-trend and had little real technological application. Plugins that enable 360° spatial audio, presented jointly at the b<>com and Merging Technologies stands, stood in marked contrast: The global VR ecosystem is increasingly attentive to and supportive of the dialog over the importance of immersive sound. Furthermore, b<>com took part in several VR-related work meetings to bolster its position in this ultra-dynamic ecosystem. 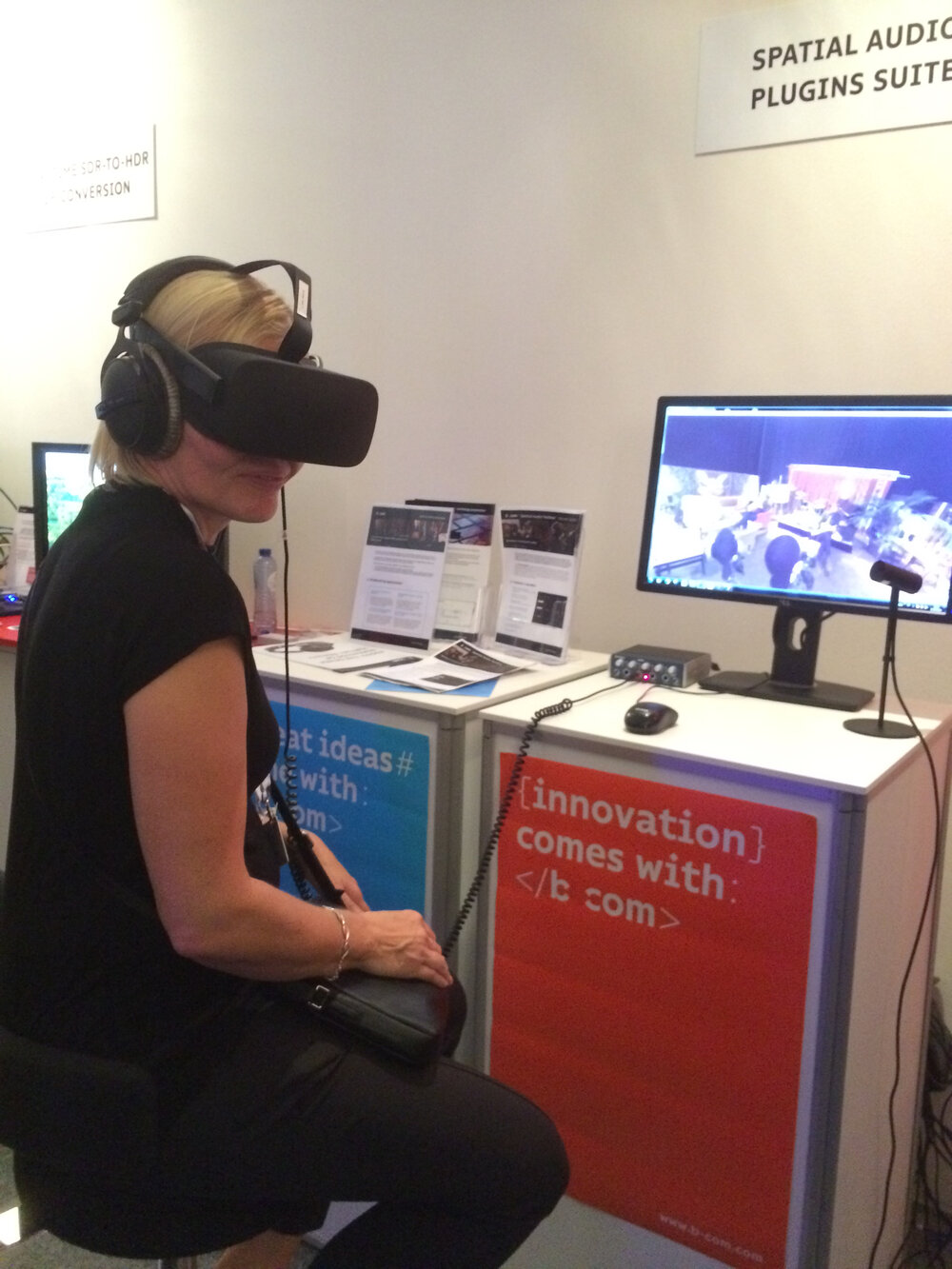 "Full-IP" Interoperability as a Critical Transformation

Uncompressed digital video has long been carried over SDI (serial digital interface) on a point-to-point connection via coaxial cable. With the emergence of IP infrastructure, transporting video over IP has become an attractive option, and this trend was given a prominent place for the first time at the conference in the "IP Interoperability Zone." This space, where equipment makers came together, presented demos of IP interoperability for production and contributions based on the future SMPTE 2110* standard, thereby marking the maturity of an over-IP transport system. As Cinegy's slogan so bluntly put it, "SDI must die"! 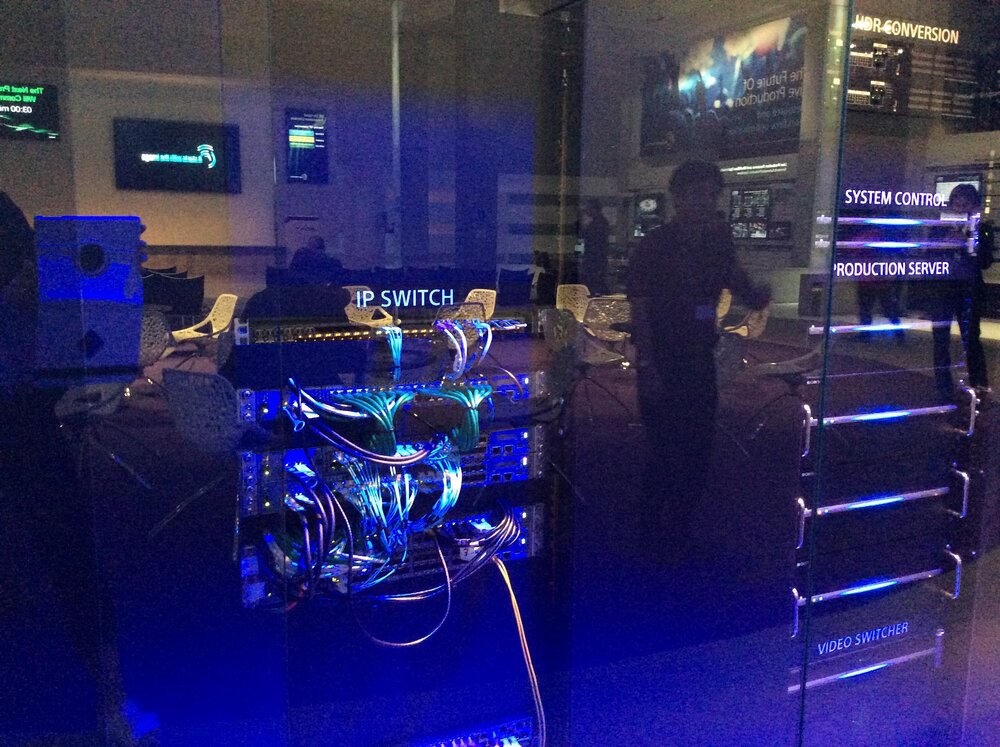 For b<>com which had its own stand for the first time in an attractive Future Zone, IBC 2016 shows how its results have accelerated over the past few months. Although b<>com *Ultra Player* and b<>com *Ultra Marker*  came out in early 2015, SDR-to-HDR technology and audio solutions developed in collaboration with manufacturers in the sector are now being added to b<>com's catalog of tech solutions. This means more opportunities for transfers in the months ahead...

*from a technical recommendation by the Video Services Forum (VSF) 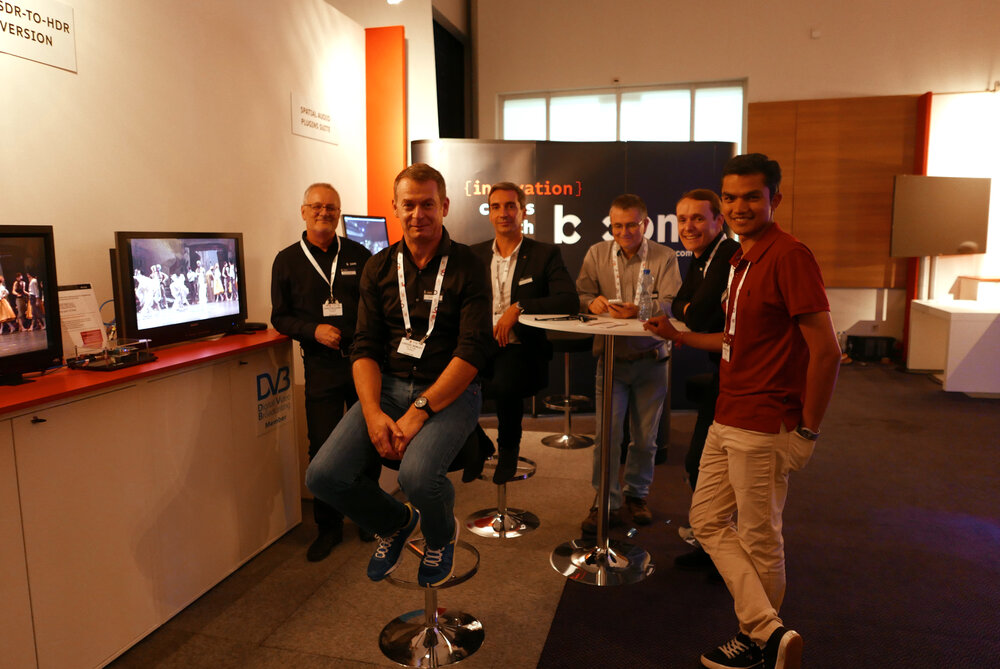