For the third year in a row, b<>com has successfully unveiled its latest innovations at the Amsterdam IBC, one of the world’s largest broadcast industry trade shows. It was a chance to take the market's pulse and assess the latest trends.

As a technology provider with the slogan "Tech That Makes Yours Better", b<>com set up shop in the Future Zone to present improved, never-before-seen versions of two leading technologies:

Open Immersive Audio Workflow:A complete sequence for the production and post-production of premium immersive audio content. Clips from the short film “Alteration” by Jérome Blanquet, produced by the studio OKIO, gave visitors an immersive audio experience of exceptional quality for five days. The demo showed all of the steps in creating VR content, from recording to distribution. The *Spatial Audio Toolbox* suite was also present at the Merging Technologies booth. This Swiss company offers professional software suites for audio editing. 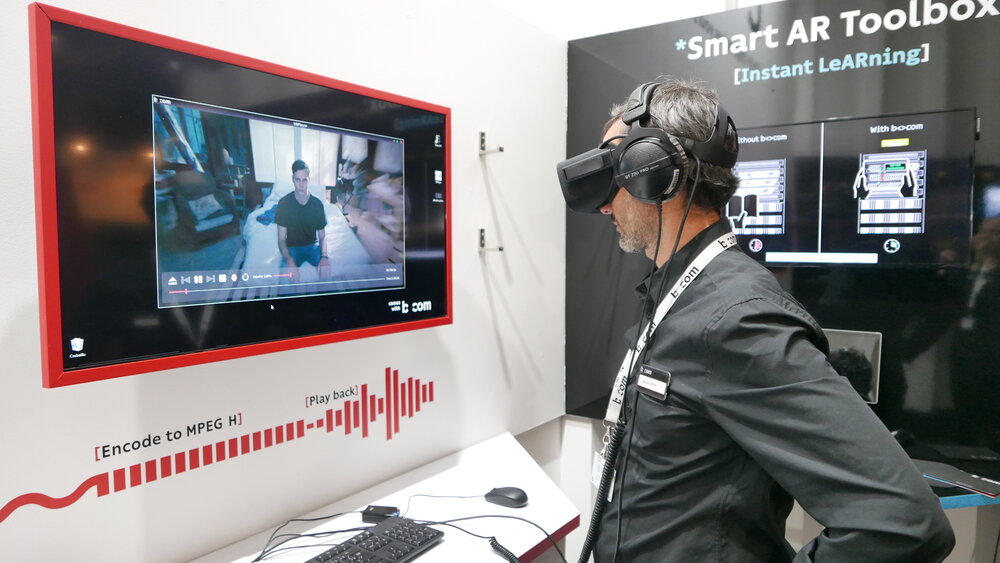 b<>com [SDR-HDR converter]: This technology that won an award at NAB 2017 was presented in a unique real-time loop at this year’s show. The demo covered the live conversion of SDR content into HDR format, then the reverse conversion from HDR to SDR without any loss of quality. The game comparing two SDR monitors brought crowds to the booth and was the talk of the IBC! 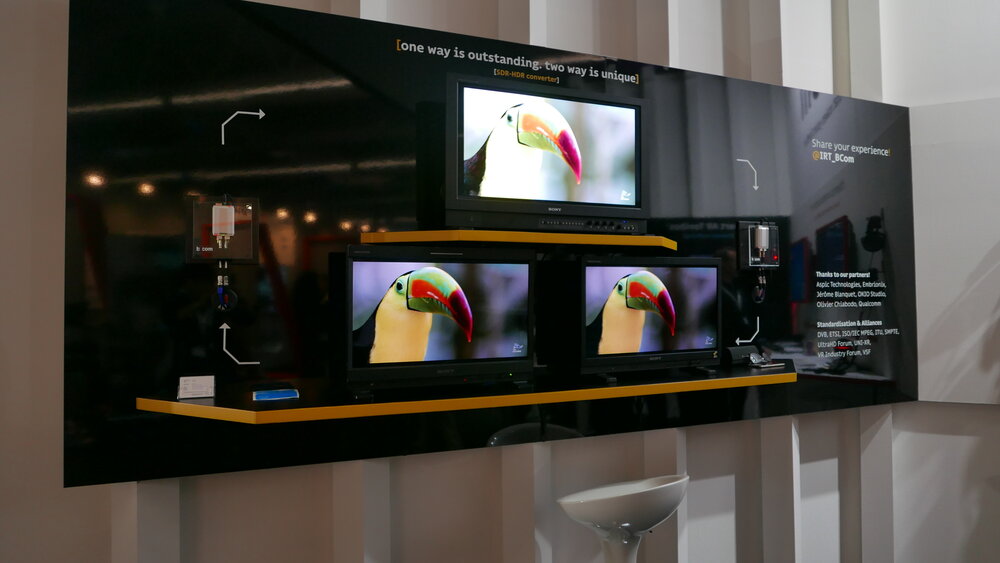 b<>com’s teams also previewed b<>com *Smart AR Toolbox* (Instant LeARning], the first step in an innovative augmented reality solution based on artificial intelligence. It makes it possible to process images in real time, robustly and independently, in order to ensure better reinitialization if a pose estimate fails, a situation that until now would paralyze existing solutions. For the show, a demo was designed to address the operational needs of broadcasters and service operators, in a datacenter-style environment. The scenario on offer depicted the emergency repair of a faulty server risk using augmented reality. 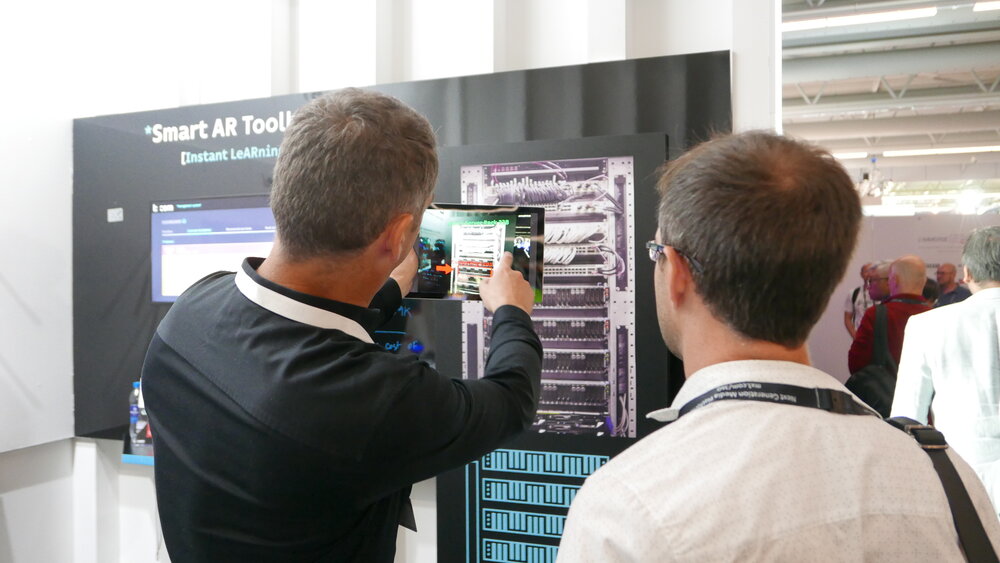 Nearly 500 visitors attended these demos, and the quality of the discussions and meet-ups showed how far b<>com has come in less than three years.

The IBC remains an important gathering for everyone involved in the broadcast industry, and several shareholder-members of b<>com were exhibiting again this year, like Harmonic, B-Bright, Aviwest, Enensys, Nokia. Furthermore, b<>com had several business partners there as well and contributed to innovative demos at booths other than its own, such as Embrionix, a Canadian company, and EBU, where two major demos used b<>com technology.

"3 major trends stand out from this edition. First, the entire UHDTV chain has reached maturity: Recording, production, and distribution, including HDR. Next, the omnipresence of artificial intelligence. One key example was at the IBM booth, which was presenting its Watson solution adapted for managing workflows and audiovisual assets. Finally, in IP 2110, “the environment seems to increasingly understand the challenges of deployment and the difficulties that go with it. Manufacturers talk a lot about this", explains Ludovic Noblet, Director of Hypermedia at b<>com.