The Game Developers Conference brought more than 30,000 video game developers to San Francisco this year. With a growing market of over $90 billion last year, the video game industry is rapidly evolving. The virtual reality trend that began last year has clearly kicked into high gear! Jérôme Royan, immersive interactions expert at b<>com, was our reporter on the scene.

This 2016 edition was the first year of the Virtual Reality Developers Conference, offering two days of parallel sessions devoted to virtual reality. To start with, these are no mere video games, but a new immersive experience. And in terms of user experience, ILMxLab, the LucasFilm laboratory devoted to immersive entertainment, demoed its "Trials on Tatooine" project which it touted as the future of movies: A cross between interactive video gaming and immersive cinema, requiring an armada of graphical servers in order to compute real-time images whose quality and realism are striking. 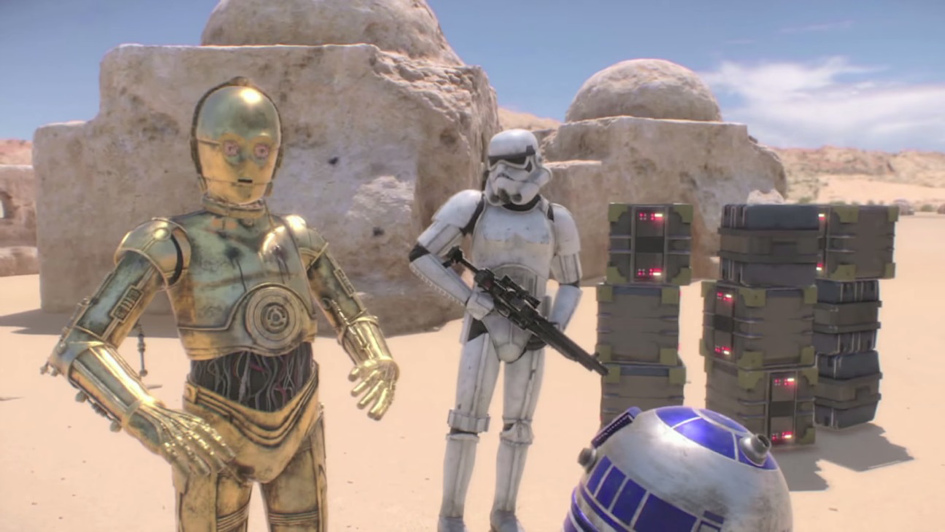 A wave of headsets

When it comes to gaming engines, Unity, Unreal Engine, and Cry Engine are the leading solutions for developing immersive experiences in virtual reality. However, Amazon's new Lumberyard is likely to join that leading trio very soon. They all work with the top virtual reality headsets, namely Oculus Rift, the HTC/Valve Vive, the Sony PlaystationVR, and the Samsung GearVR which are already on the market or will be very soon. Additionally, AMD announced a partnership during this GDC with the start-up Sulon in order to sell a headset similar to the highly promising Totem from VRVana, equipped with stereoscopic cameras and a mini PC to make it completely autonomous during movement. These technologies are now mature enough to target the general public, and studios are striving to fill video game catalogs in order to offer a meaningful selection of immersive experiences. 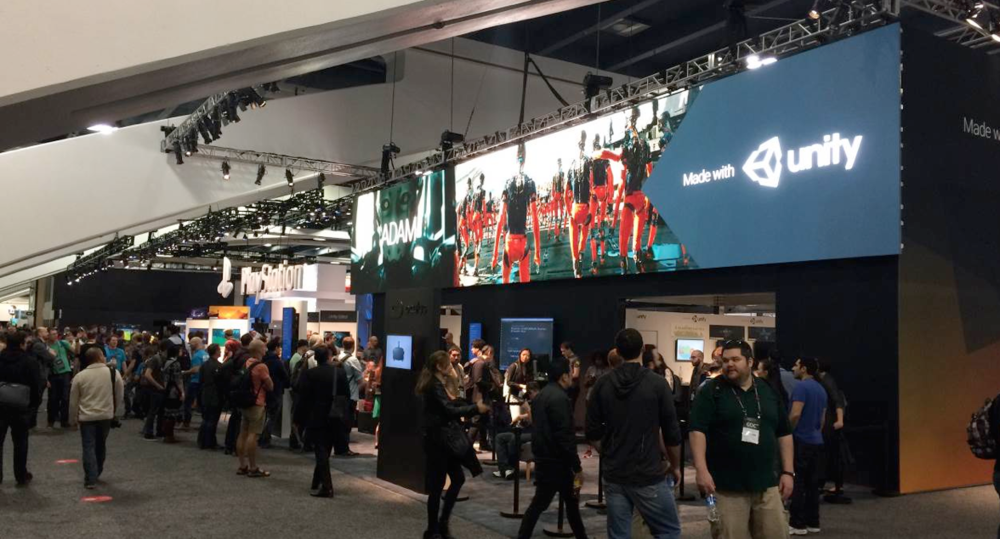 With respect to cost, the GDC was a chance for Sony to announce the retail price of its PlayStationVR, which is €449 without the console. It will be available in October. This price, which makes the PlaystationVR the console's most expensive peripheral, is still very reasonable compared to the Oculus Rift (€699) and HTC Vive (€899) which also require the cost of a PC that can render two images at 90Hz. Enjoying an immersive experience in 2016 will therefore be reserved for an elite segment of devoted gamers. Time will be needed for these technologies to be accessible to the masses. 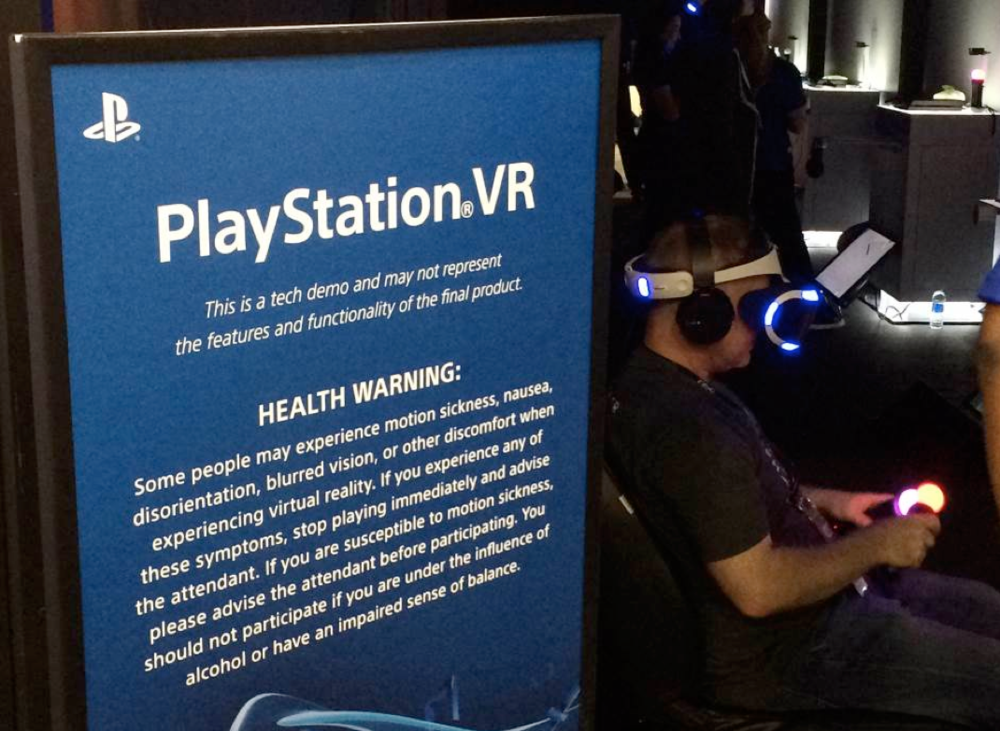 Additionally, being comfortable when using virtual reality technologies, which is essential to a satisfactory user experience, was the main subject during these two conference days.  Looking beyond the euphoria generated by the potential of virtual reality, video game studios have quickly learned that they would not be able to port their top titles to immersion without completely rethinking their gameplay. Acceleration must be eliminated from virtual environments, due to the risk of generating unpleasant feelings of nausea in sensitive people. No auto races or free movement in FPSs (First Person Shooters); our avatars will teleport or fly instead of running. Studies are brimming with tricks learned from three years of iterative development, in order to offer a pleasant immersive experience. One example is the game Eagle Flight from Ubisoft, which darkens the image in the user's field of peripheral vision during acceleration to reduce nausea, and Bullet Train from Epic Game, which uses an innovative teleportation system to move one's perspective around the scene. The signs are hopeful, as few of the many immersive experiences tested caused any discomfort whatsoever.

How is the avatar represented?

Other concerns shared by the video game studios: How can you interact naturally with the environment? The most natural way seems to be interacting with your hands, so there needs to be a representation of them in the virtual environment as the headset prevents us from seeing them for real. Initial feedback suggests that they should behave realistically, in a way that is both consistent with the user's proprioception, and consistent with interactions in the virtual world (making it possible, for example, to grab objects). Most importantly though, it is highly recommended to not aim for an aesthetically realistic representation of the body, lest it fall in the uncanny valley that is so well-known to roboticists where the slightest imperfection appears monstrous to the user. In conclusion, immersive experiences will be designed for and only for virtual reality systems. 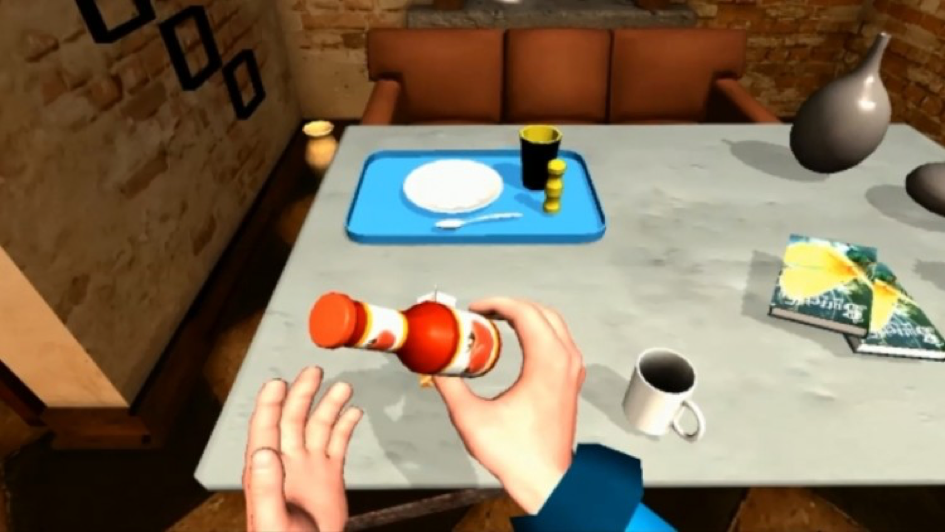 Finally, audio is no longer being left out, as Dolby was present at its partners' various booths, Oculus is working on HOA (High Order Ambisonics) and is aiming for order 3 to offer a high-quality immersive sound field. It is likely that these virtual reality technologies will be the next revolution in entertainment. But only adoption by the general public will give us an answer. We'll find out this holiday season! 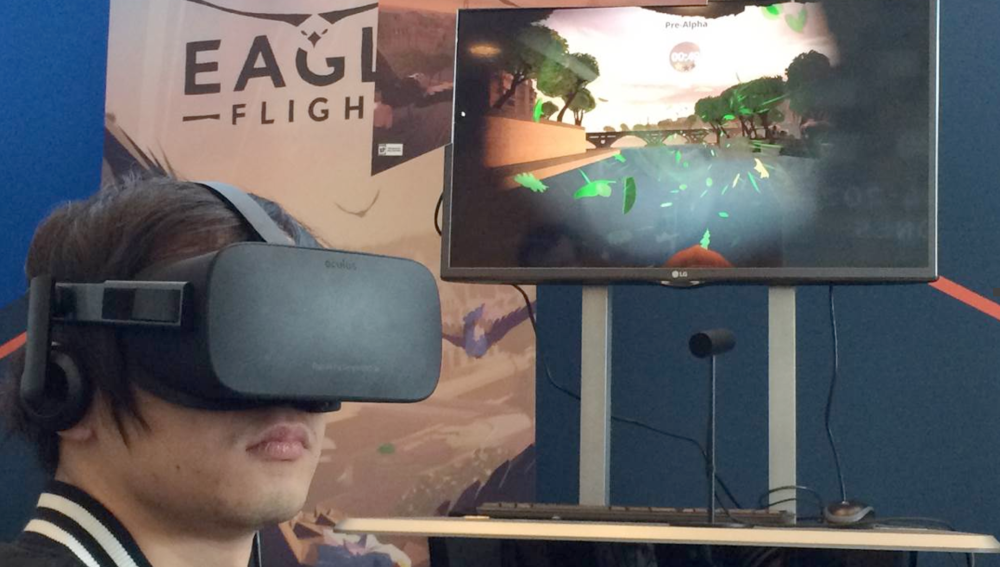