Last week, b<>com’s teams presented their latest 5G and IoT innovations at the Mobile World Congress in Barcelona. Although the event, which drew more than 100,000 visitors, is an essential showcase for the tech giants, it’s also a place to detect new trends.

There’s no question 5G was on everyone’s lips! Although not expected to become commercially available until 2020, the exhibitors were brimming with ideas for applications, and their goal was clearly to prove that 5G networks (10 times faster than 4G) will be game-changers in many fields like telecom, energy, health, safety, and transportation. On this last matter, the presence of several automakers – including Mercedes, Smart, Seat, and BMW – touting the merits of autonomous driving was noted. 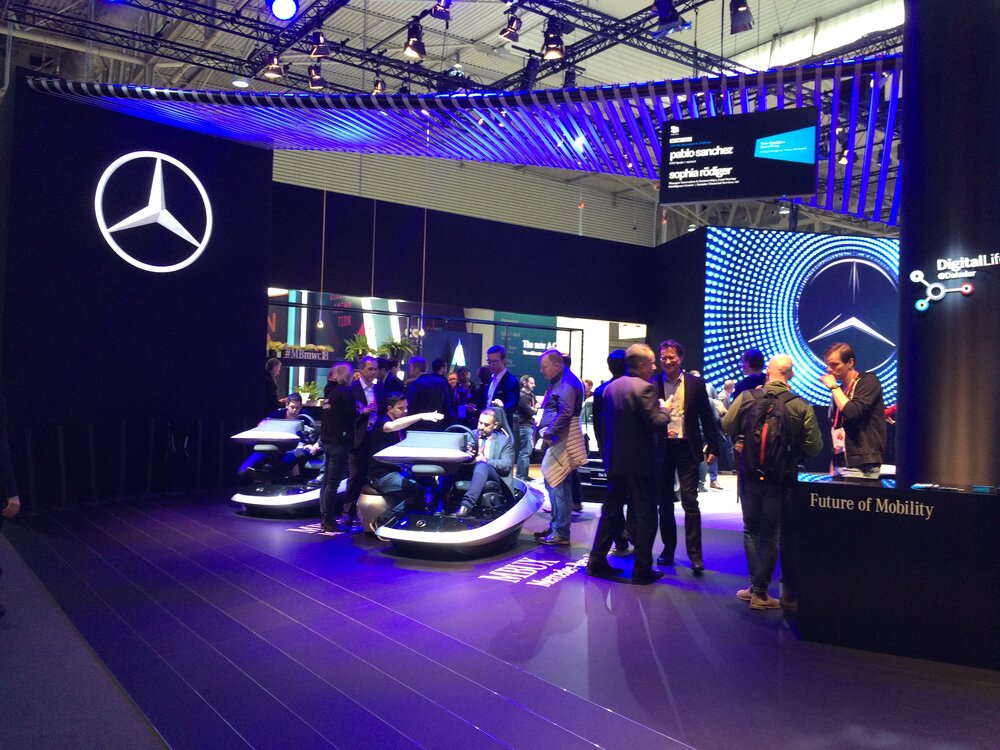 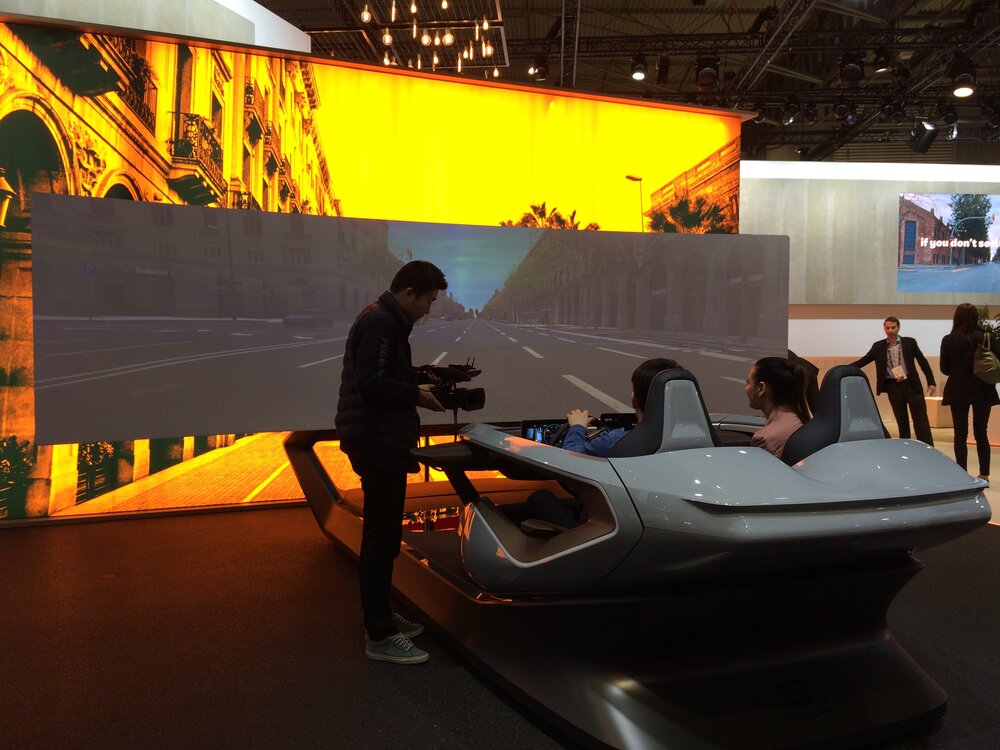 The firm HIS Markit says that the democratization of 5G could bring a €12 trillion economic windfall worldwide. Intel, which intends to stake its position clearly, is adding new demos (like the Olympic Games) and announced in Barcelona that beginning in 2019, products compatible with the new standard would be coming out. SK Telecom, meanwhile, presented a video conversation solution that would enable the user, with the aid of a 360 camera, to carry on a conversation while showing what’s going on around him or her to the other person, in real time and without lag. 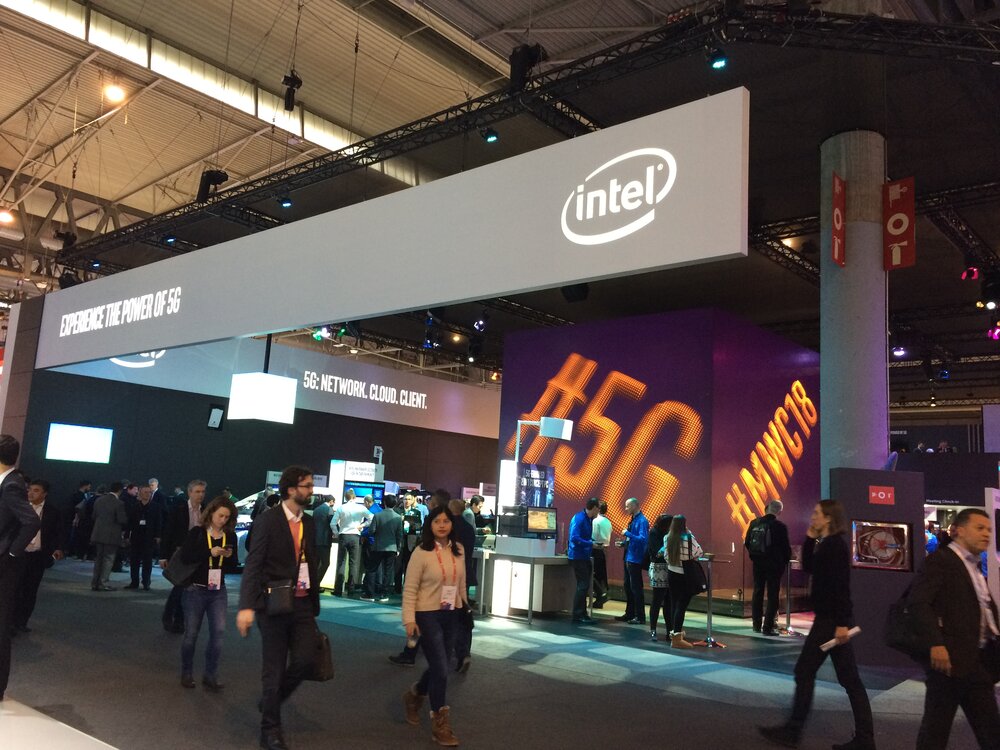 Relive the demo in our video:

The second technology trend at the show turned out to be Artificial Intelligence. The concept is still sometimes abstract, and the MWC was the chance to see concrete applications: Recognizing subjects and objects to adjust the camera for LG and driving a Porsche vehicle remotely using a Huawei smartphone or voice assistance were some of the highlights.

Third on the podium was IoT. Over time, the event has given a greater and greater role to the subject, whose applications are directed both to the general public (cars, speakers, home appliances, health, clothing, etc.) and to professionals (optimizing productivity and machine maintenance). Although the figures are constantly changing, Idate believes that there will be 35 billion connected objects around the world by 2030. In this context, the issue of security was very present at the Congress, just as artificial intelligence was. This is because having a maximum amount of data is now critical to developing new applications, and the information reported by connected objects represents a true bonanza. One notable absence from the Congress: Sigfox, the French pioneer in the Internet of Things, which seems to have tired of drawing criticism from mobile operators. 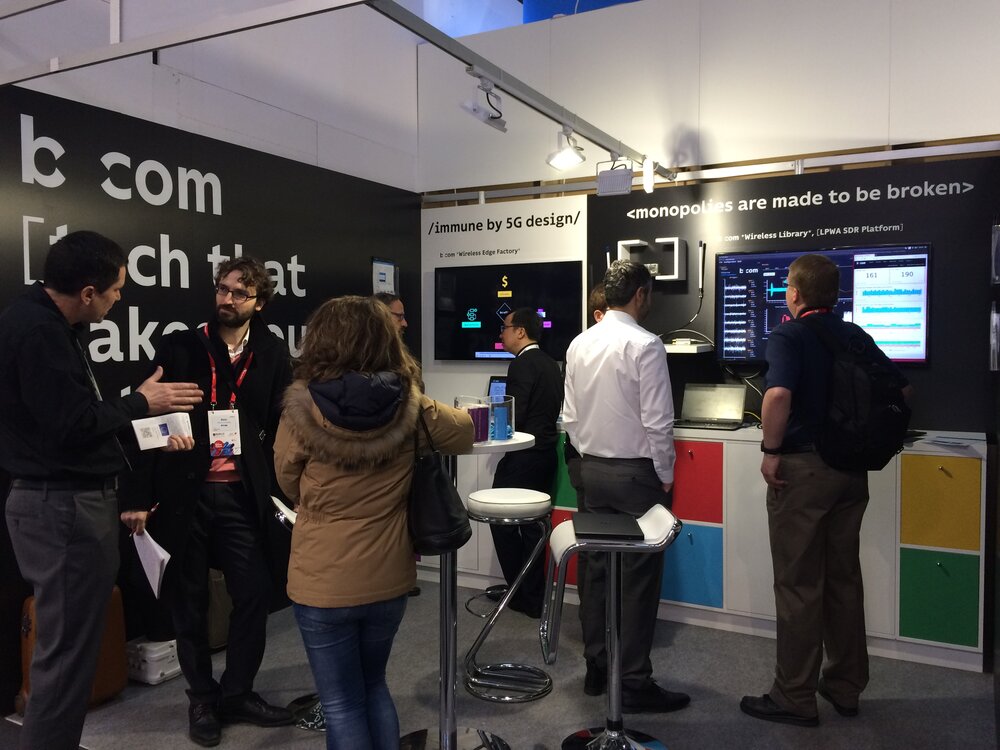 Finally, it should be noted that although mobile remains a focus, the Barcelona MWC is gradually turning into a “European CES”, with one example being the many virtual reality demos on offer. 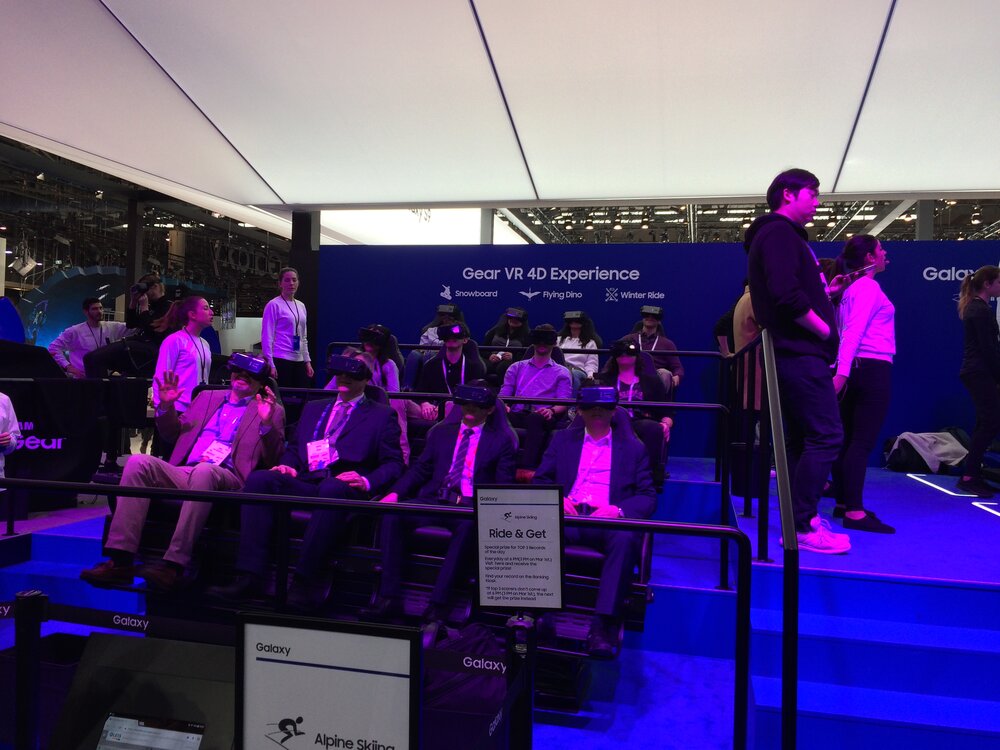 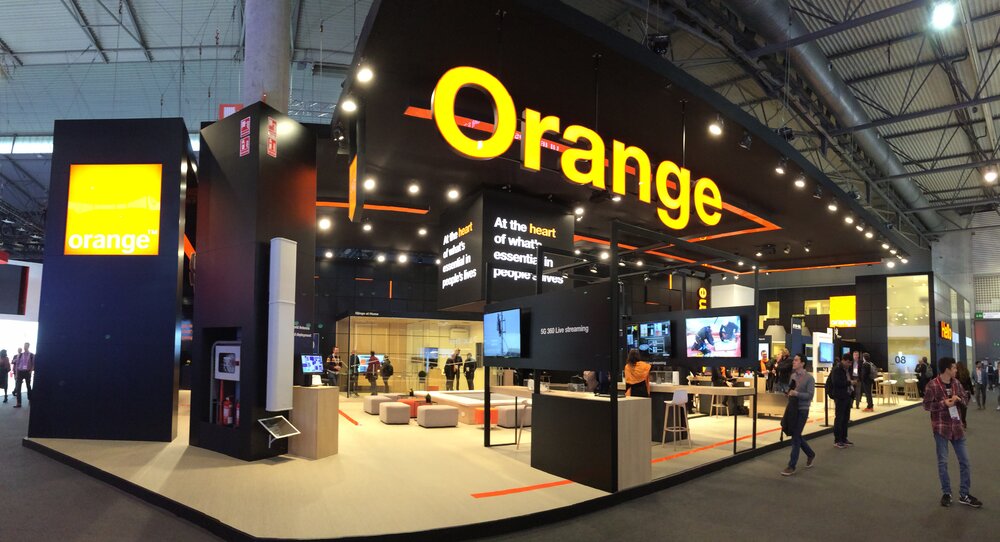 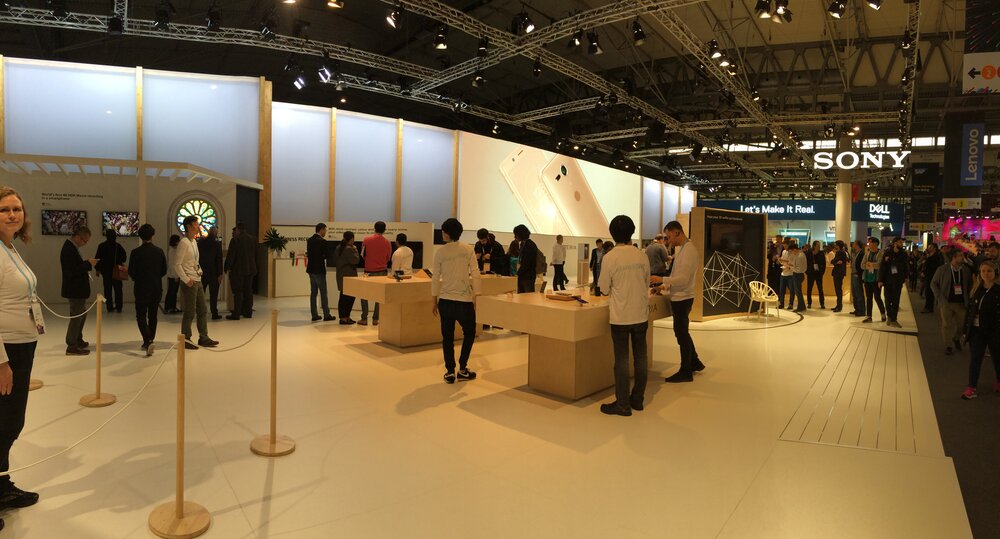 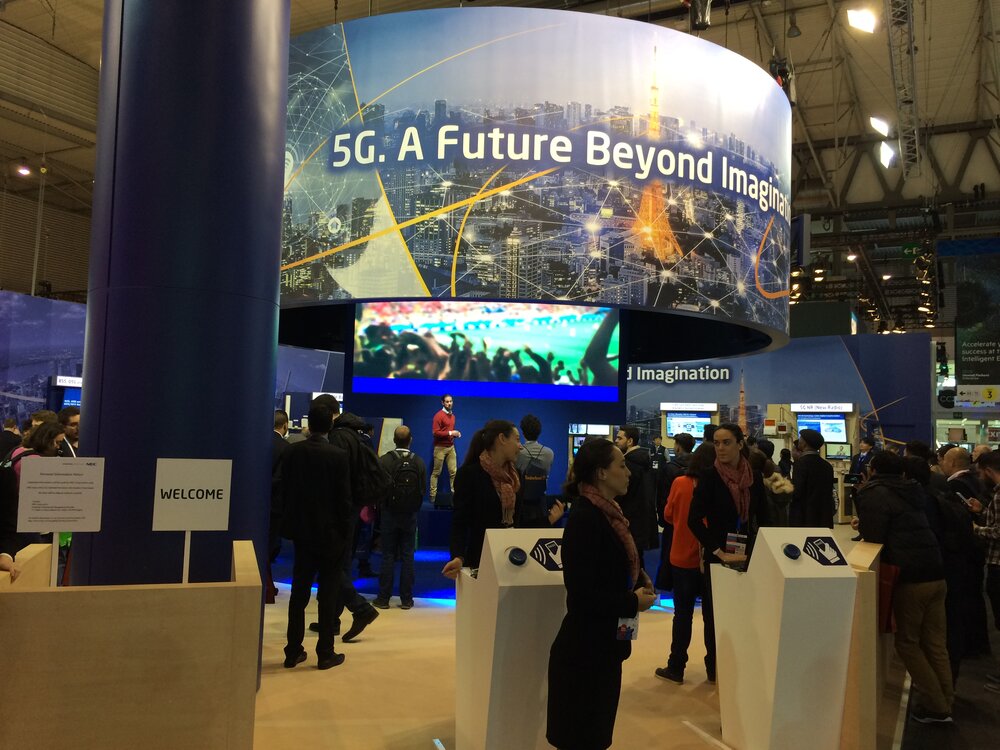 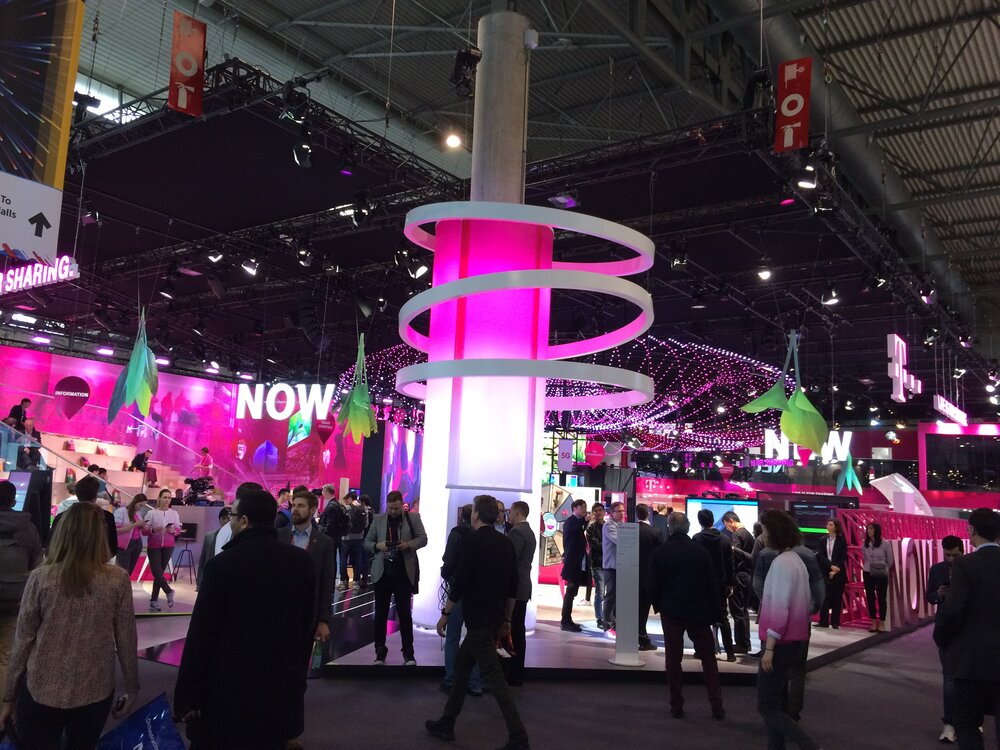