Augmented Reality is on everyone's lips these days. Sales assistance, maintenance, training, surgery: The fields of application are numerous and promising. From September 14 to 18, b<>com will use the IBC's Future Zone to present an exclusive technology fresh out of b<>com's labs. We asked Ludovic Noblet, Director of Hypermedia at b<>com, for an update on this area of innovation.

What direction is the augmented reality market headed in today?

We make a distinction between apps made for the consumer market and apps designed for professionals. For the first kind, augmented reality is seen as a genuine sales assistance tool. You can now try on clothing without being in the store! For the other kind, there is tremendous need catering mainly to professionals with respect to training, maintenance, or operational assistance, ultimately leading to sizable gains in productivity. It is this second area where b<>com is focusing its investments.

What work is underway at b<>com?

We work mainly on the issue of precision in augmented reality, meaning the ability to accurately match the virtual to the real, regardless of the scene's lighting and dynamics. This way, even if the scene is moving, our goal is to make it easy to situate the virtual object in the real world. This technological issue is common to many market segments, from industry to healthcare. Because we feel there is no single solution to address all augmented reality needs, we're investing a great deal in standardization as well. Last of all, we have chosen to lead an industrial specifications group within ETSI – named ISG ARF - aimed at developing a framework with a goal of interoperability for augmented reality applications. We started with four members in December 2017 and six months later, we have sixteen. We also launched SolAR, an open-source platform for developing augmented reality applications. This tool is meant to build computer vision pipelines based on the specifics of the AR apps. Another promising development is a technology for holographic display, resolving key problems related to current displays such as the ability to accurately superimpose virtual objects on real holographic screens while remaining consistent with the properties of human vision.

Can you tell us about the demonstration that will be given at the IBC?

As an exclusive demo, our teams will unveil b<>com *Smart AR Toolbox* [Instant LeARning], an innovative augmented reality technology that relies massively on machine learning. It makes it possible to robustly process the crucial issue of initializing and re-initializing pose estimation in real time, which until now has hindered existing "virtual-on-real" pose solutions. The IBC demonstration was designed to meet operational needs while in service, in particularly productivity, particularly those of broadcasters and service operators, in an environment that relies increasingly on data centers. The scenario on offer will depict the emergency repair of a faulty server risk using augmented reality. 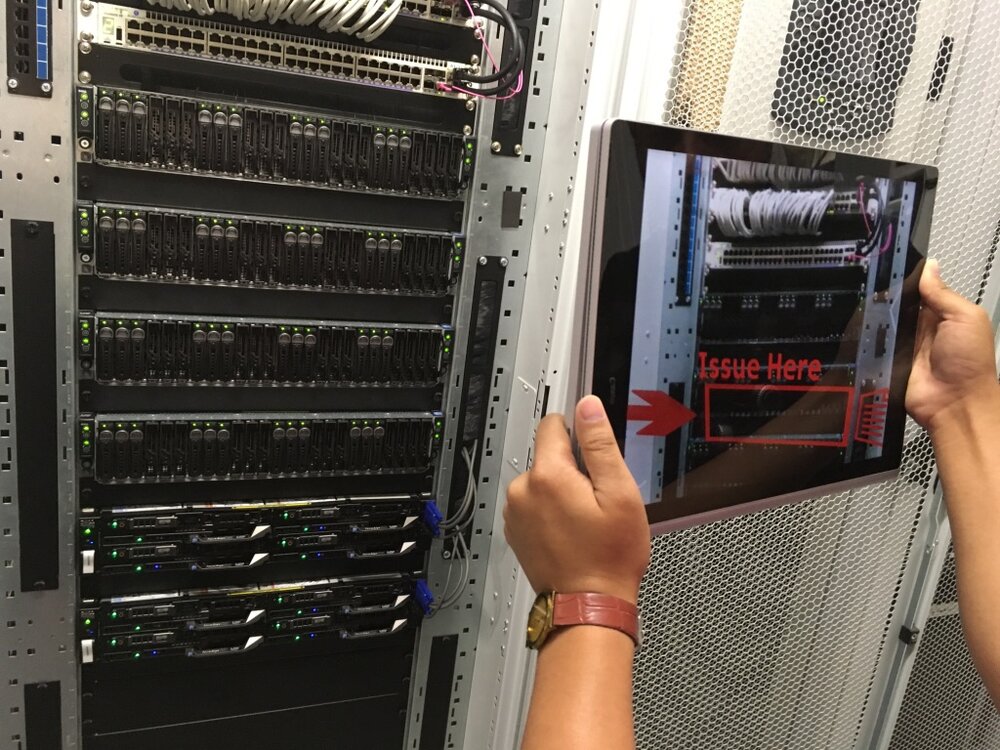